My only fixed destination in Scotland was the furtherest northern point of mainland Britain, Dunnet Head which lies between John O'Groats and Thurso. This was simply because I had never gone further north than the Isle of Skye before. 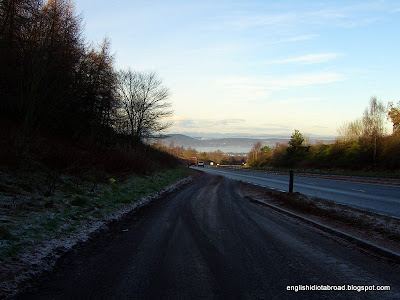 I decided it was time to stop when about half way to Thurso from Hawick and ended up in a nice little town on the A86 called Kingussie. It is close to Aviemore and therefore a popular place to stay for winter sports fans.

My philosophy on finding good, reasonably-priced accommodation is quite simple - find a local pub that's open, go in and have a pint or a shot of the local brew (if possible) and, once you've been in there for a while, try to strike up a conversation with one of the locals or a member of the bar staff, or landlord, and ask where you can find the type of room you require.

This method has never failed for me, it beats tourist information and even the internet hands down. In Kingussie I went for a pint in the Star Hotel on the High Street and got chatting to a local customer who directed me past the more expensive hotels to The Silverfjord Hotel on Ruthven Road near the railway station. As well as the restaurant and bar, there is a small public bar at the hotel with very friendly locals where I enjoyed a couple of local brews. The room was decent, large, with en suite and TV for the princely sum of 27.50 sterling. I actually dined at the Star Hotel and the food was excellent. 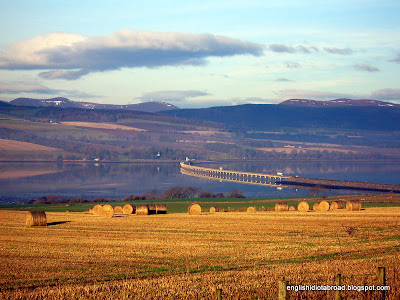 The next day was nice and sunny - perfect for the 200 or so miles drive I had to the top of the country. What beautiful scenery it was too. The Cromarty Firth bridge was the highlight of the trip, being over a mile long with stopping places and fantastic views both inland and towards the sea and, as you can see above, the weather can be good in Scotland in December! 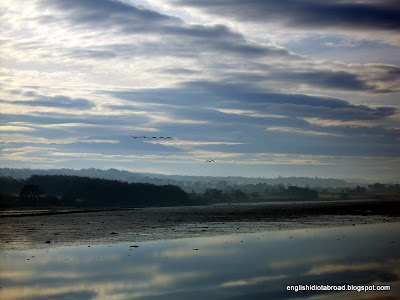 The view from the bridge looking inland towards Urquhart. 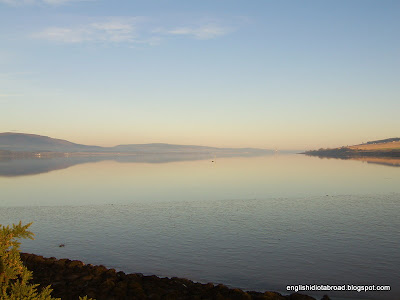 There was even an oil rig in the firth (see above, you can't quite see the sea as the firth bends around to the right, but the rig is to the right).

The drive to Thurso was quite long and, as I'm no early riser anyway and we're talking about a British Winter where it goes dark in the afternoon, nightfall was approaching as I drove along the deserted headland to Dunnet Head. The only other signs of life of any kind were the Highland cattle grazing on the moorland. 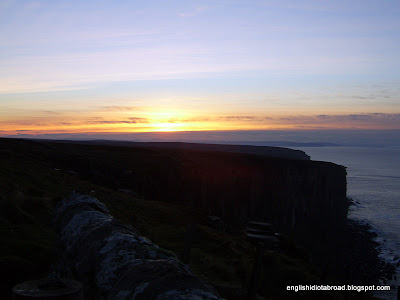 Looking south-west over the cliffs towards the bay at Thurso.

There is a light house on the cliff (behind me in the above picture) which is some 105 meters above the sea, yet in stormy weather water and stones still splash over the top of these cliffs!

The previous night in Kingussie I had been recommended to stay in Wick rather than the more obvious choice of Thurso. Using the trusted "Johnny" method of finding accommodation, I found somewhere to park near the harbour and then went into the nearest pub - Sinclairs on The Shore. It was a little on the rough side, but the staff were friendly and sent me to a cheap B&B overlooking the sea. Unfortunately the place was full but the lady there directed me to another place just above. This was true British Bed and Breakfast as it was just a room in somebody's house - felt a bit strange really but I was on a budget and just wanted to get something to eat and drink lots of beer!

I ended up having a "curry and a drink" special at the JD Wetherspoon pub in the market square. I don't usually go for chain pub food, but this was very nice actually (although they are prepared surprisingly quickly...). After several more drinks I ended up in a bar in the early hours where, as nearly everywhere in Scotland, I was warmly welcomed as a foreigner. I asked if there was a good local malt and was given an enormous measure which would have put a Spanish barman to shame! They wouldn't let me put water or ice in it though. After a couple of these the next thing I remember is waking up in somebody's house (my B&B) - hope I didn't make too much noise when I staggered back in!

After forcing the obligatory breakfast down the next day I headed south towards my only other fixed destination which was Ballachullish where my Mum had spent two summers in the 1940's when a schoolgirl with my uncle Ken and auntie Maureen, as he was working there as a scientist, I think at a plastics place in Kinlochleven. I also planned to stop somewhere else, probably Loch Lomond on the way back to England. 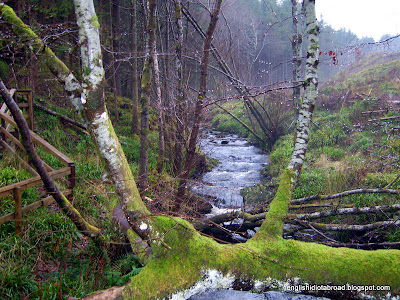 As I drove down the north-east coast I decided to stop for a walk in an area called Skelbo Wood near Durnoch just off the A9. There is a path which runs down to Skelbo Burn(above) with some fine old trees as well as the more common young broadleaves planted by the Scottish Forestry Commission to be their successors. The only wildlife I saw, though, were the carved wooden animals designed by local children which are dotted around the path! 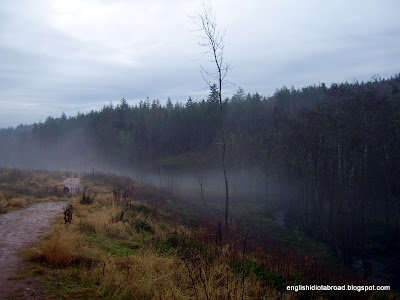 After taking the above picture, the path continued back into the forest and I came to a crossroads with no markings. Thinking I knew roughly what direction my car was I decided to turn left at the crossroads. This must have been the wrong way as I got totally lost and ended up veering off the track to take a "short cut" through the trees in the direction I thought the car park would be. Eventually I came to a fence, so had to re-trace my steps to return to the track I had been on. It was quite bad underfoot with big clumps of grass - sometimes with previously fallen trees underneath, so I had to be very careful as breaking my ankle "off the beaten track" like this could have been very dodgy - especially as I had no signal on my mobile. Boy, was I relieved when I eventually saw my car! 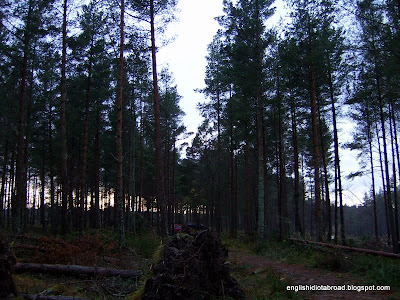 The car park and my car, phew! You can just about make it out hiding in the trees, not the most obvious car park in the world!